There are a lot of things first-time players need to know about paintball game duration to have a great experience. Knowing a few things about the game beforehand could save you from lots of difficulties and mishaps.

And you will actually have a great memorable first experience. One of these things includes the duration of the paintball matches.

If you’re new to the sport of paintball, then you may be wondering how long a typical game lasts. In this article, we will answer that question based on our experience of playing hundreds of paintball games.

The short answer is, that when a paintball game is played by the time it typically lasts for about two hours. If played by the rounds then usually between 20 and 30 rounds will be played between teams.

We will also explain other aspects of the paintball game duration. There are typically two ways that a paintball game can be played – by time or by the number of rounds. 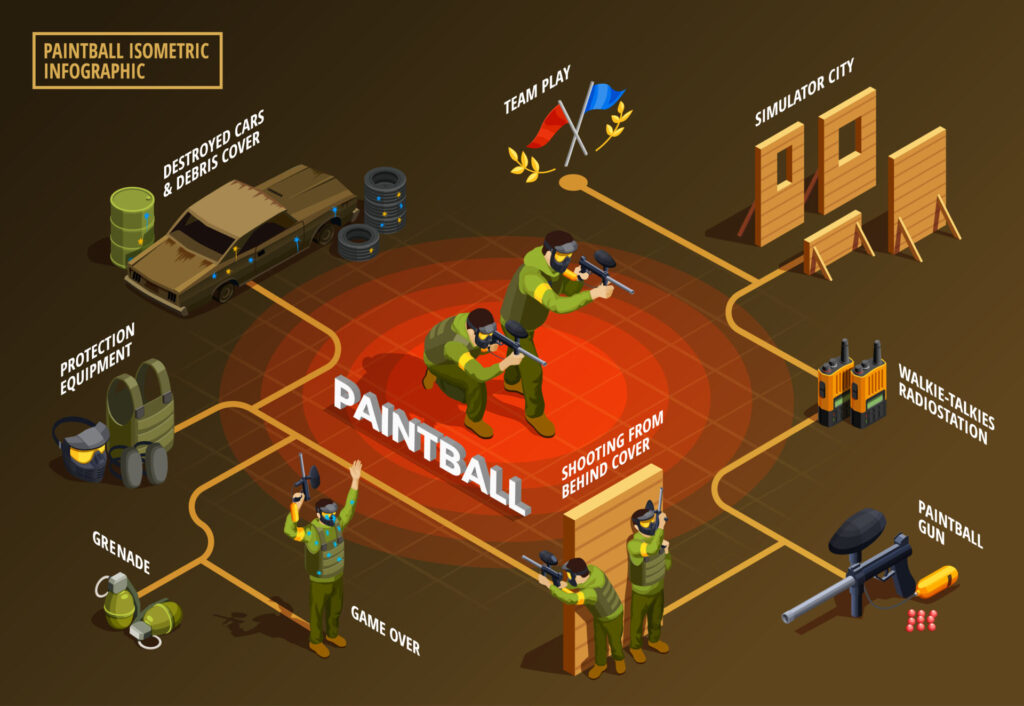 There are different ranges of duration in a paintball game based on different gaming styles. For instance, games like speedball & capture the flag could last a few minutes, and woodsball & rec ball could last up to 30 minutes.

Scenario based paintball games could last up to 16 hours to 36 hours along with short breaks here and there and at night for sleeping. However, an average simple paintball game lasts 15 minutes tops.

When a paintball game is played by time, it typically lasts for about two hours. However, this can vary depending on the number of players and the size of the playing field. If there are fewer players, then the game may only last for one hour.

Conversely, if there are more players or a larger playing field, then the game may last for three hours or more.

The other way that a paintball game can be played is by the number of rounds. In this case, each team will play a certain number of rounds (usually between 20 and 30) and the team with the most points at the end of those rounds is declared the winner.

Again, the actual duration of the game will depend on the number of players and the size of the playing field.

So there you have it – a brief overview of the paintball game duration. Whether you’re playing by time or by rounds, you can expect a fun-filled afternoon of fast-paced action. So grab your gear and get out there on the field!

Factors that Affects The Duration Of The Paintball Games

One thing to keep in mind is that paintball is a game of strategy and teamwork, so the more time you have to plan and work together, the better. That being said, most paintball games last between 30 minutes and one hour.

No. of Players in the Game 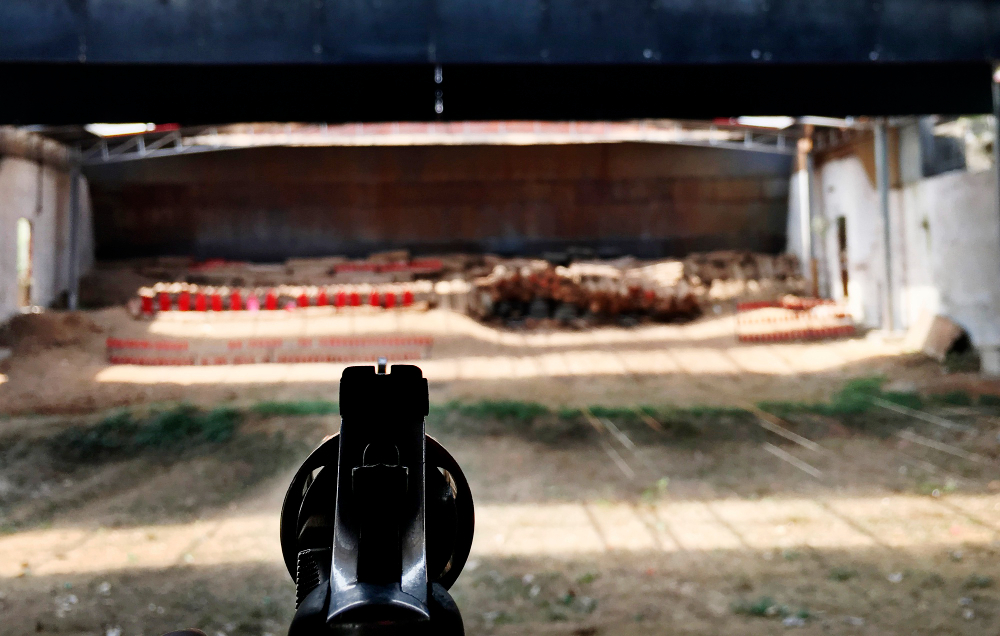 Different paintball games have different sets of rules and time duration. The paintball format you choose will determine the span of time you’re going to spend shooting paintballs at your opponents.

What to expect in your very first paintball match?

A presentation on game rules starts after all the players have been checked and registered in. This presentation is all about rules, safety gadgets, and measures.

All the groups are supervised by the referees of the paintball for a fair and fun paintball match. You also get in between snack or rest breaks as well.

How many paintballs do you need for 1 hour?

This is a difficult question to answer because it depends on how you play. If you are constantly shooting, then you will need more paintballs. However, if you play more conservatively, you will need fewer paintballs.

On average, we recommend that players bring around 200-300 paintballs per hour of gameplay. This should be enough for most players, especially if you are playing more conservatively.

Of course, paintballs are not the only factor that determines how long a paintball game will last. The number of players and the size of the playing field also play a role in determining the duration of the game.

Generally speaking, a paintball game can last anywhere from 15 minutes to an hour. If you are playing with a large group of people on a large playing field, then the game will likely last closer to an hour.

However, if you are playing with a smaller group of people on a smaller playing field, then the game will likely only last for 15-20 minutes.

Paintball is an adrenaline pumping shooting sport, which is why it is popular among teens and adults. It is a good way of exercising mentally & physically and not to forget a great activity to spend time with friends and family.

That is why paintball has different styled games with different durations. This article is all about telling you the duration span of different paintball games for you to enjoy according to your liking.

How long does a paintball session last?

How long is a session of paintball? This is a question we get asked a lot, and unfortunately, there is no one-size-fits-all answer. The duration of your paintball game will depend on several factors, including the type of game you’re playing, the number of players, and the size of the playing field.

What is the best time of the day to play paintball?

Usually, the paintball playing field areas are open by 9 a.m. and close around 5 p.m. but this is not the peak time. The peak time is approximately around late morning and early afternoon like from 10 a.m. to 3:30 p.m.

Do paintball players get supervised?

What is the minimum age to play paintball?

It varies from place to place but the minimum age is 10 years old. Any player who is younger than 18 has to have a waiver signed by their parents to be allowed to play paintball.

How many rounds are there in the paintball?

The average round of paintballs in a hopper is around 200. But you will have a different range of rounds in the market. It is always best to get the average based hopper for beginners. As time goes by and with gained experience, you can always upgrade your paintball equipment.

How long does it take to go through 500 paintballs?

On average it takes around 2 to 4 hours to go through 500 rounds but honestly, it depends more on the player. If a player is an aggressive shooter, as beginners tend to be, then even an hour is enough to finish up 500 paintball rounds.

You can extend the 4 hours span as well by making precise shots and by being careful while shooting.

How Long Does a Scenario Based Paintball Game Last?

Each paintball field area has its own customized scenario based paintball matches and its own unique set of rules. So it is always wise to know it beforehand to enjoy this exciting thrilling sport.